Powerful, Practical Life Principles, Teachings and Tools from the Shamans of Ancient Mexico

Become Part Of The Magic

Whether your intention is to pursue a path of helping others, desiring deeper access to the magic of the powerful principles, teachings and tools of the lineage of Carlos Castaneda, or as a vehicle for a deeper exploration into this ancient, life-enhancing work, this is your path.

Certification is your next step when you decide it’s time to progress from consumer of Tensegrity® to using it to lead yourself and others from the ordinary into the extraordinary.

For some, it is the next step into their Tensegrity® journey, choosing to expand their personal growth path within their community of like-hearted fellow travelers. They understand that the best way of learning anything is through the experience of teaching it to others.

For others, the intention is to help airlift themselves and others from the mundane into the extraordinary … and the Official Tensegrity® Certification program, created and led by direct apprentices of Carlos Castaneda and his cohorts, along with select certified practitioners, provides the most authentic and effective path in your becoming part of the magic. 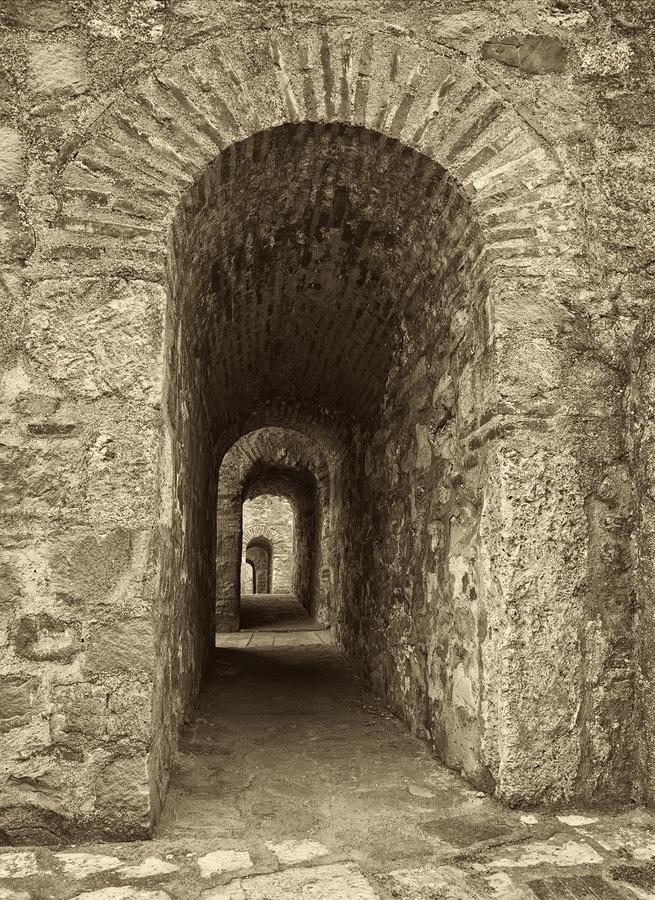 Why Our Practitioners Choose To Become Certified Facilitators

✔︎ EXPAND INTO SOMETHING NEW AND EXTRAORDINARY

✔︎ BE INSTRUCTED BY DIRECT APPRENTICES OF CARLOS CASTANEDA

✔︎ BUILD YOUR SELF CONFIDENCE

✔︎ TRUST YOUR POWER AND YOUR PATH

✔︎ STRETCH WITHIN A LIKE-HEARTED COMMUNITY

✔︎ EXTEND PERCEPTION BEYOND YOURSELF

✔︎ BECOME AN ACTIVE PART OF THE CARLOS CASTANEDA LINEAGE

LIFE IS NOT MEANT TO BE STATIC

It is a discovery, an unfolding … never-ending journey

"What we need to do to allow magic to get hold of us is to banish doubts from our minds. Once doubts are banished, anything is possible."

Carlos Castaneda was not a four-pronged nagual; instead of the usual four energy compartments, he had three. Don Juan interpreted this as Carlos being the last nagual.

Carlos took this to heart, while not wanting to leave this world without disseminating this great work. He and his cohorts — Carol Tiggs, Taisha Abelar and Florinda Donner-Grau — pulled together what they were individually taught, succeeding in taking it out of their ritualistic and secretive origins, transforming it into generic, modernized versions capable of being utilized by anyone. Castaneda called this new form; Tensegrity®.

No longer would there be small warrior parties led by a single nagual. In their place would be the widespread dissemination of tools so that everyone could have what’s necessary to lead themselves — to be their own nagual.

Through the Official Tensegrity® Certification program, you will have access to principles, teachings and tools, being taught to you through direct apprentices of Carlos Castaneda and his cohorts, providing a connection and experience far greater than can be conveyed through the books alone. You will join your cohorts on a modern day apprenticeship path.

“To every one of the practitioners of Tensegrity, who by rallying their forces around it have put me in touch with energetic formulations that were never available to don Juan Matus or the shamans of his lineage.”

Your journey begins here! In Level I you will begin the process of building Self-Awareness by identifying, acknowledging and releasing fear and your inner dialogue, through the learning and teaching of basic Tensegrity® courses.

You will begin navigating past your fear, building confidence as you start distinguishing between self and source for yourself and those you teach. 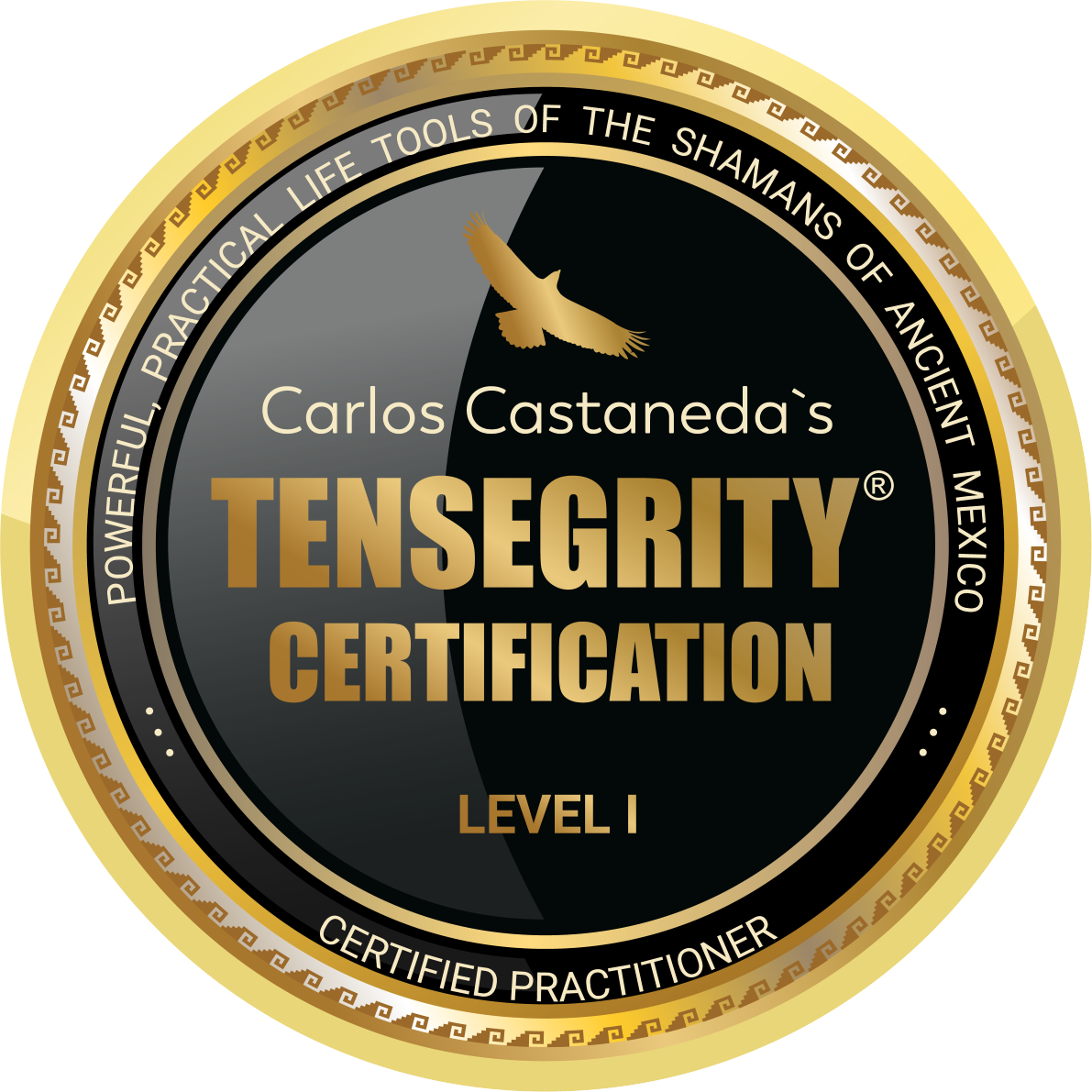 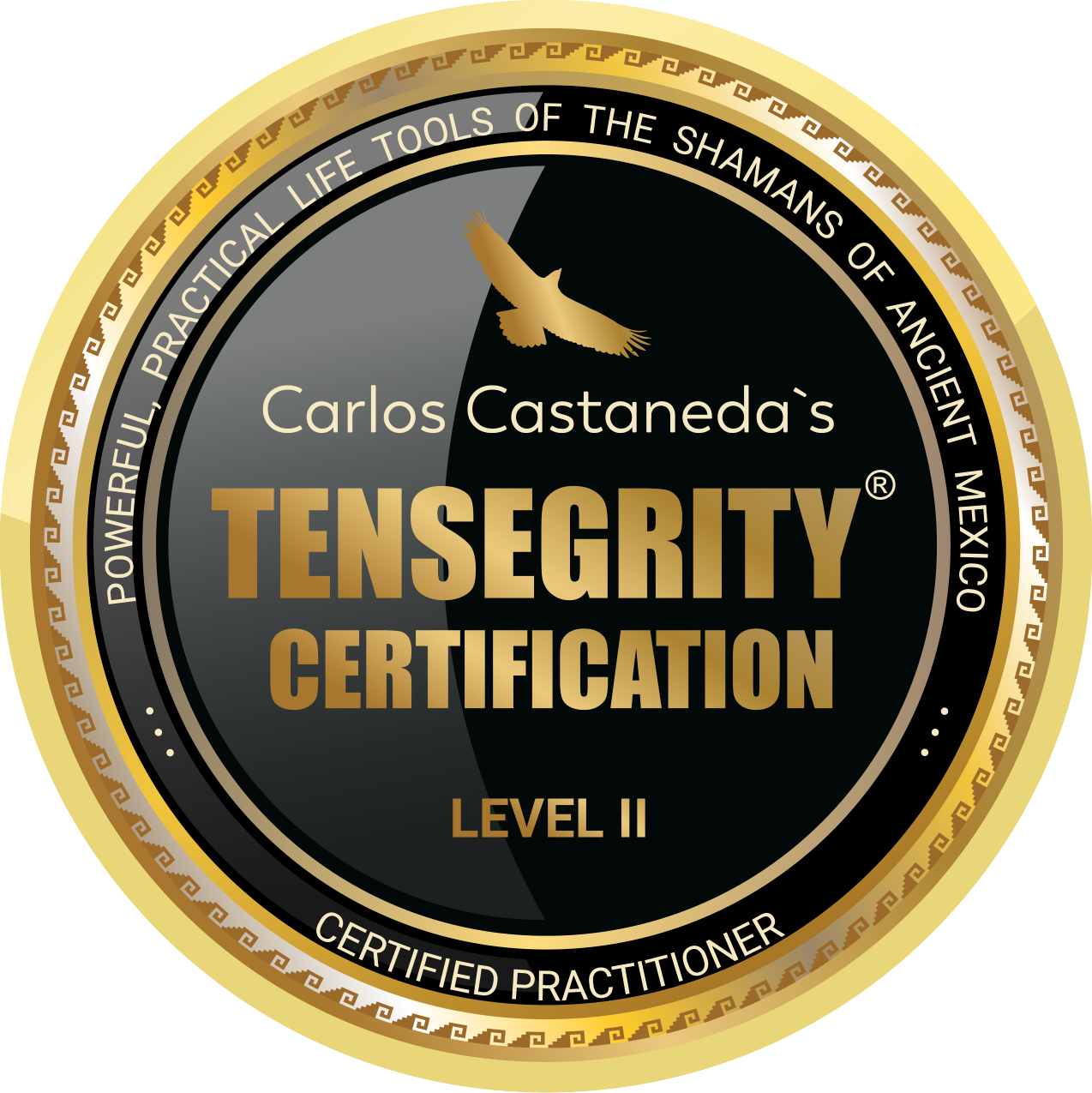 Your journey continues now to include others! In Level I, you began to see yourself in a non-judgmental way. Now in Level II, you will begin to view your patterns and filters as they are shaped by your relations with others.

Navigating Past the enemy of Clarity – the surety of how you perceive your world – you become capable of entering different realities.

With that new understanding, you will learn and create a custom series of programs with the intention of assisting your audience with their dreams, knowing that POWER is measured in terms of THEIR success … not your efforts. 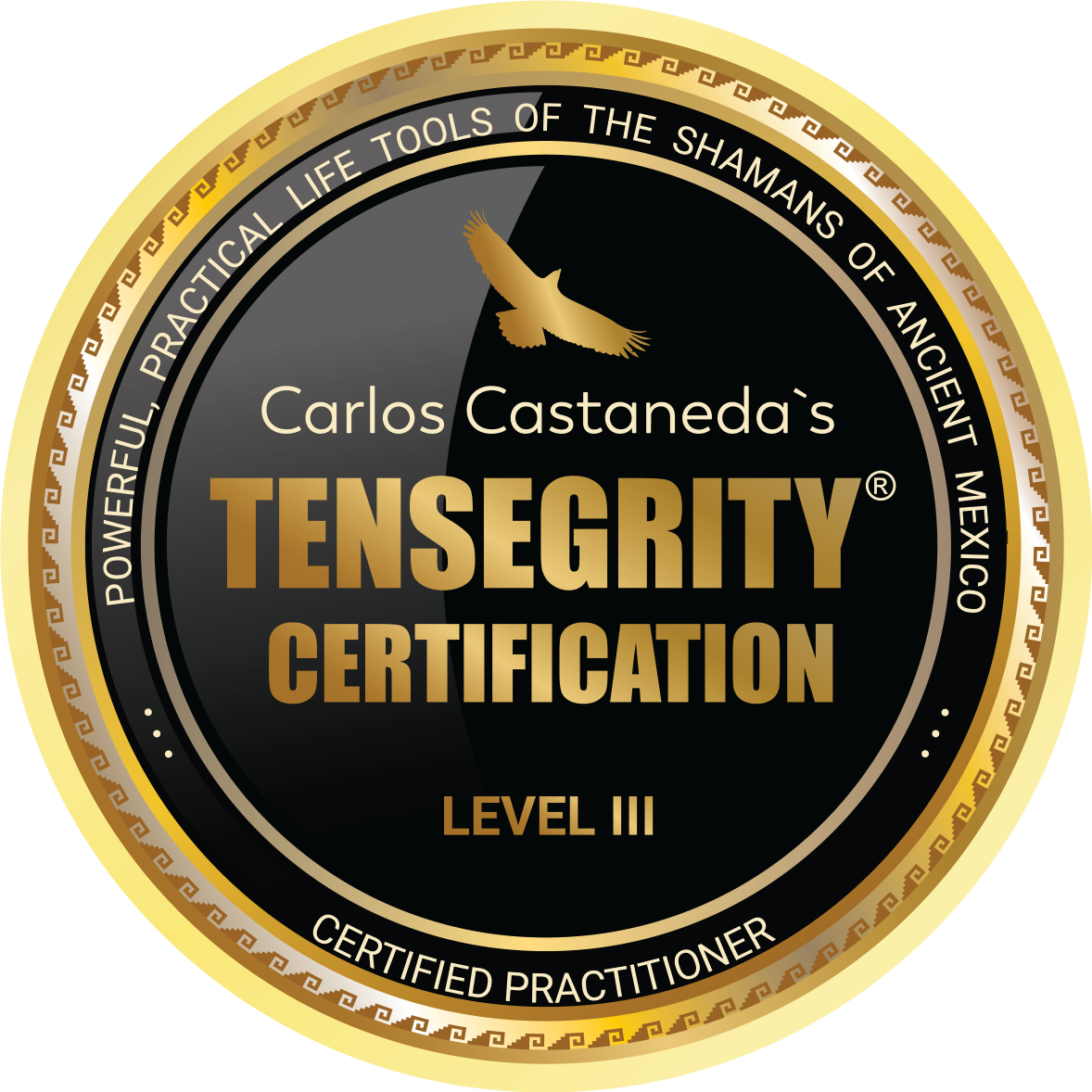 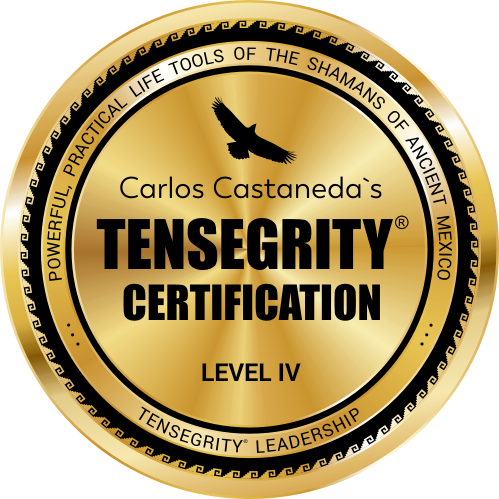 “A Leader is revealed through their actions”

In Level IV, you will undergo an 18 – 24 month journey which begins with advanced recapitulation. The hallmark of an effective leader is emptiness of ego … lack of taking things personally … letting go of “I know” and moving into “I explore.” With this newly acquired sobriety, you will be able to lead yourself first, embodying that which you will model for others.

Using modernized versions of many of the same techniques and principles employed by Carlos Castaneda with his apprentices, this path will help forge you into a Modern Day Tensegrity® Leader.

Your Level V Certification path takes you on a 24 month deep dive journey into advanced shamanic dreaming, which simply cannot be achieved via books and workshops alone.

In the first 12 months, you will focus on dreaming awake, or seeing ... as you build upon the progress you made in Level IV.

In the second 12 months you will hone the art of dreaming asleep ... evolving through ordinary dreaming to seers dreaming, by developing the skills and discipline needed to safely and powerfully navigate the 4 gates of dreaming along with other gates which Carlos only taught to his apprentices.

All the while continuing to break through your one reality; allowing you then the freedom of multiplicity … the fluidity of being... through accessing multiple perspectives via numerous and diverse personas and dreams. 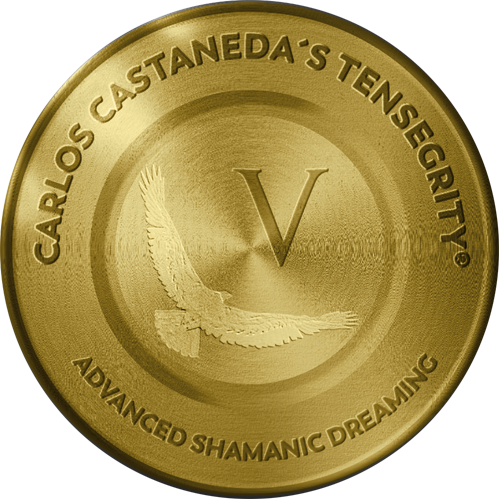 The best way to keep apprised of trainings, events, experiences and other happenings in Carlos Castaneda's Tensegrity® global community is to sign up to our newsletter. Looking forward to connecting with you!